Blizzard Warnings Issued for Hawaii, Up to One Foot of Snow Expected 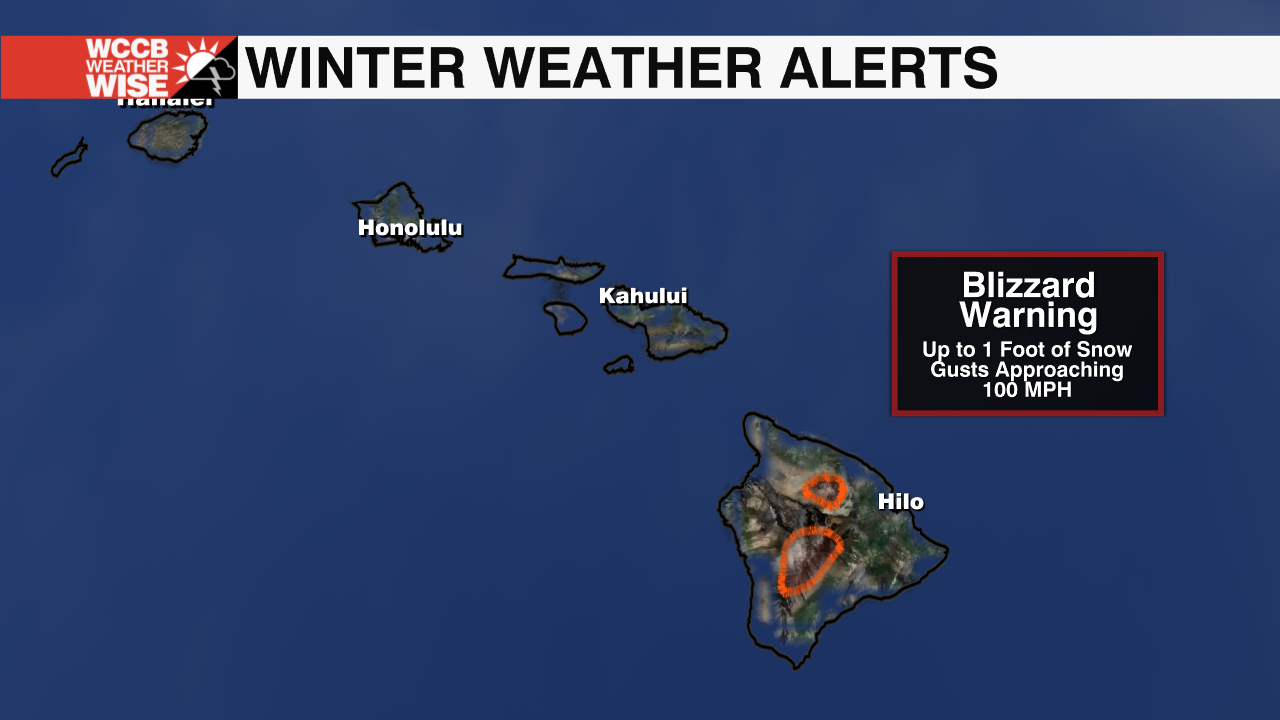 MAUNA KEA, HI — Talk about opposite day. Record highs may be smothering the Carolinas this December, but a very different weather pattern has arrived in Hawaii. While most of the island nation will see rain, snow will fall along the highest peaks of the Big Island — a lot of it. Blizzard Warnings are in effect for Mauna Kea and Mauna Loa, which both top out at over 13,000 feet. Over one foot of snow is in the forecast and winds could rip at an intense 100 MPH. Visibility on the summits is forecast to be whiteout through the weekend.

As of Friday morning, only two states in the US have blizzard warnings — and they are Alaska and Hawaii. Yes, you read that correctly. In fact, more snow has fallen in Hawaii this season than in Denver, Colorado. https://t.co/coRAGkbgGi

Hawaii may be the country’s southernmost state, but it certainly is no stranger to wintry weather. Multiple feet of snow have fallen on the summits in several events earlier this year. Blizzard Warnings, however, are a bit rarer. Up until today, the last time the National Weather Service (NWS) in Honolulu issued a Blizzard Warning was 1,347 days, or about three-and-a-half years, ago.

Five Blizzard Warnings have been issued in Hawaii over the past 10 years. While it doesn’t pace the nation, our local NWS office in Greenville-Spartanburg hasn’t issued any over the same span.

Interested in watching the snow come down? Summit cams along the island nation can be found here. CHARLOTTE, NC. — Having extracurricular activities in person seems like a pipedream to CMS parent Carolyn McGrath and her family. She’s hoping now that her son can get the Pfizer

CHARLOTTE, N.C. – A federal jury has found singer R. Kelly guilty on of all the charges against him, including racketeering and sex trafficking. Kelly faced a total of