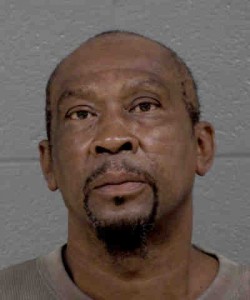 CHARLOTTE, N.C. — The Charlotte-Mecklenburg Police Department has arrested a man in connection to a 1989 burglary and rape cold case.

Police said early on Aug. 27, 1989, a suspect broke into a west Charlotte home, sexually assaulted the resident, and ransacked the residence before leaving. The then-19-year-old female called 911 and was treated at the hospital where DNA evidence was collected.

The DNA was initially tested in 1990. Johnny Evans Jr., was recently identified as a suspect through a DNA match, and warrants for first-degree burglary and two counts of first-degree rape were then issued for his arrest, according to police.

The 56-year-old suspect was located and arrested Tuesday, police said. Following his interview with detectives, Evans was transferred to the custody of the Mecklenburg County Sheriff’s Office and served with his three outstanding warrants.

Anyone with information about this case is asked to call 911, or leave the information anonymously by calling Crime Stoppers at 704-334-1600 or visiting the website at http://charlottecrimestoppers.com/. Nick, George, and Bess unravel the truth behind a college student’s mysterious death on an all new episode of Nancy Drew at 9PM Friday on WCCB Charlotte’s CW. Click to