CONCORD, N.C. — Police have arrested a Concord man for shooting and killing his wife during a domestic dispute on Wednesday.

Reginald McDonald is charged with 1st Degree Murder for the shooting death of his wife, Joann Carroll-McDonald, according to a news release. 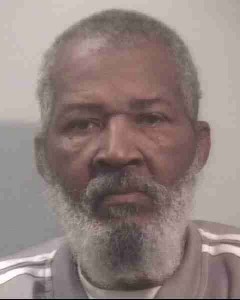 On Wednesday, officers arrived at the home on Tangle Ride Drive in Concord  at 11:30 p.m. in reference to a person suffering from a gunshot wound.

At the scene, officers say they made contact with Reginald McDonald who admitted he had just shot his wife.

Police say Reginald McDonald was taken into custody of the Cabarrus County Jail without bond and his wife, Joann Carroll-McDonald, died at the scene as a result of her injuries. CHARLOTTE, N.C. — Detectives are investigating after finding a 17-year-old boy shot in east Charlotte early Wednesday morning. Police say the boy has since died and one person has been From Chef Michael Chanthavong PETER TAYLOR Papaya salad is a signature dish in Cambodia, Laos, and Vietnam—and a staple in most Thai takeout orders. It typically consists of a tart