CHARLOTTE, N.C. — Deputies arrested a 24-year-old man on Wednesday after he allegedly sexually assaulted an employee at the Mecklenburg County Courthouse.

Nazar Porter was arrested around 4 p.m. after he reportedly sexually assaulted a woman, who is a LB&B Associates employee, according to a news release. 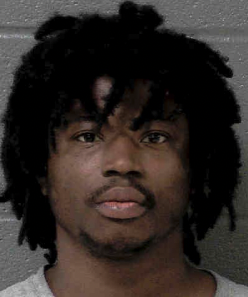 In a statement made to Mecklenburg County Sheriff’s Deputies, the victim claimed she was cleaning a mirror in the men’s restroom on the 5th floor when she heard the door open.

She says the suspect stared at her before he grabbing her inappropriately.

The victim said after this encounter she ran out of the restroom to seek help, and a witness to this stated she saw the suspect enter the women’s restroom as she was exciting and she notified deputies.

“I’m very thankful for the alertness of our citizens. Their assistance allowed our deputies to take swift action during this incident,” said Sheriff McFadden. “We will now investigate whether Mr. Porter was a visitor inside the courthouse or reporting for a hearing. The Mecklenburg County Sheriff’s Office will continue to ensure the safety of all citizens who utilitize the Mecklenburg County Courthouse.”

Police say warrants for sexual battery and assault were issued for Porter’s arrest and he was escorted to arrest processing at the Mecklenburg County Detention Center following the incident. CHARLOTTE, N.C. — It’s officially Thanksgiving week, but before you start preparing your meals, they’re some important things you should know in order to prevent a crisis in the kitchen.

CHARLOTTE, N.C. — In this week’s Auger & Auger‘s Doghouse, CMPD Animal Care & Control is featuring Koa! Koa is 3 years old and very calm. She is sweet and