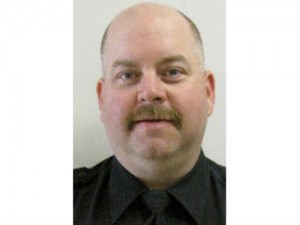 ROWAN COUNTY, N.C. — A former investigator for the Rowan County Sheriff’s Office has been arrested after allegedly being in possession of a stolen gun, according to the sheriff’s office.

The sheriff’s office became aware on June 28 of an allegation that a supervisor with the department was knowingly in possession of a stolen firearm, that had been legally purchased by him at a pawn shop in Jan. 2017. The gun was later reported stolen.

A report was filed with the sheriff’s office in Feb. 2017 in regards to the firearm, along with other items, being stolen around Sept. 2016 and pawned. An investigator contacted the pawn shop in March 2017, and learned that the stolen firearm had been sold to the Rodney Mahaley, who at this time was a Sergeant in the Criminal Investigative Division and the immediate supervisor of the investigator that made the discovery, according to deputies.

Mahaley was made aware by an investigator that it was known that he was in possession of a stolen firearm. The firearm was never returned to the victim.

After the sheriff’s office became aware of the allegation, the Rowan County district attorney was contacted with the details of the incident. A request was then made to the North Carolina State Bureau of Investigation (SBI) for them to conduct an outside probe of the allegation.

In Sept. 2021, after meeting with SBI Agents and learning that multiple criminal charges were forthcoming, Mahaley was suspended, according to the sheriff’s office.

According to deputies, Mahaley, who was the Lieutenant over the Criminal Investigative Division, has since retired from agency. This year’s Southern Christmas Show theme is “A Sweet Christmas,” and it definitely was sweet, as Wilson previewed the show with a life-sized gingerbread castle! The Park Expo Center is – Flirting with record warmth the next two days ahead of a cold front.– Dense fog likely Friday morning. A mild night on tap with overnight lows bottoming out near