CHESTER, S.C. — Deputies apprehended a woman Thursday morning following a high speed chase in Chester County during which the woman fired shots at a resident. 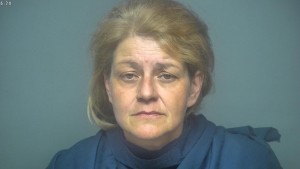 The resident then began to follow Clayton and called 911, according to a news release.

Deputies say during the 911 call, Clayton pulled over and fired multiple shots at the resident before speeding off towards Dawson Drive.

Deputies say as they approached the car, Clayton fled, and a chase with law enforcement ensued.

During the chase, Clayton struck a car near the intersection of Dawson Drive and Lowry’s Highway before continuing north into York County at more than 120 mph, according to a news release.

Deputies say the chase ended at the York County Government Center where Clayton was apprehended by York and Chester County Deputies without further incident.

Three handguns, a rifle, and two bags of ammo were found inside Clayton’s car, according to a news release.

Police say Clayton did not shoot at officers, and there are no injuries to report. All the funniest animal videos the internet and beyond has to offer, at 9PM Saturday on WCCB Charlotte’s CW. Click to watch season 2 trailer on YouTube.  All About World’s Thanksgiving Travel: What You Need To Know Before Flying Through CLT CHARLOTTE, NC–Millions of people plan on flying to see their loved ones for Thanksgiving.  Jack Christine, chief operating officer