Ed Sheeran Has COVID, Will Do Performances From Home 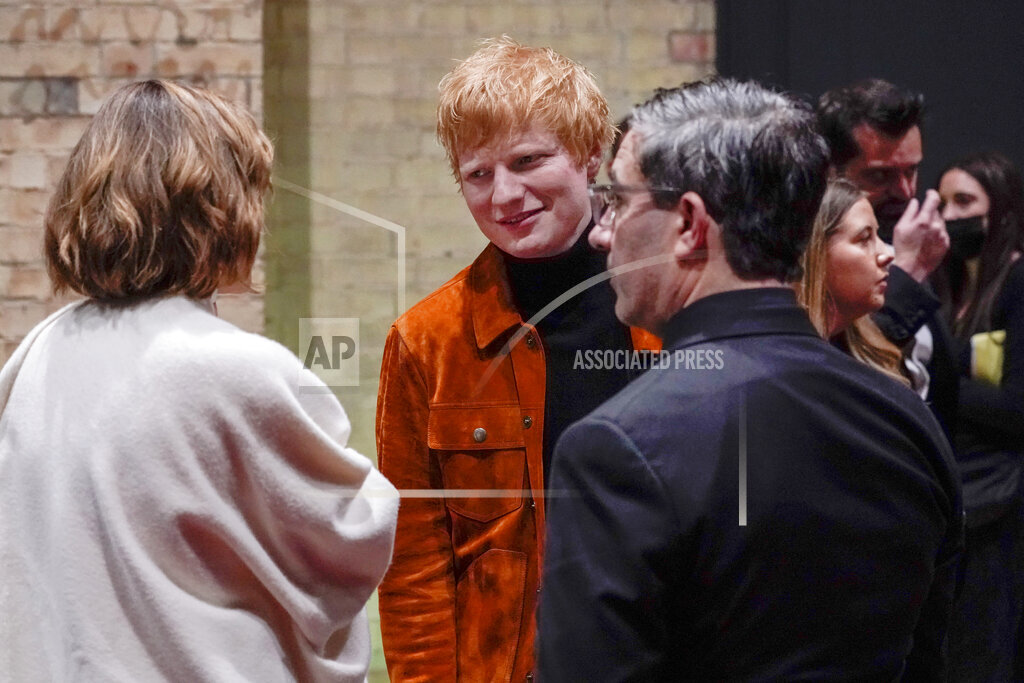 FILE – In this Sunday, Oct. 17, 2021 file photo, British singer Ed Sheeran attends the first ever Earthshot Prize Awards Ceremony at Alexandra Palace in London. On Sunday, Oct. 24, 2021, Sheeran said he has tested positive for COVID-19 and will do interviews and performances from his house while he self-isolates. (AP Photo/Alberto Pezzali, Pool)

British pop star Ed Sheeran says he’s tested positive for COVID-19 and will do interviews and performances from his house while he self-isolates.

The four-time Grammy winner broke the news Sunday on social media days before his new studio album is due out.

He also says he’s unable to do in-person commitments for now and is apologizing to anyone he’s let down.

Sheeran was to be musical guest on “Saturday Night Live” on Nov. 6.

Representatives did not immediately say which performances he is canceling and which he will carry out from home.

Sheeran’s new studio album is called “=,” which is pronounced “Equals.” For the longtime fundraiser, philanthropy is all about relationships RICK HOVIS Jorge Fernández calls himself a late bloomer. His family immigrated from Cuba when he was 7 and eventually settled CHARLOTTE, N.C. – Singer Billie Eilish has teamed up with Nike for two new vegan Air Jordans. Eilish calls them “an ode to herself.” She chose lime green for one