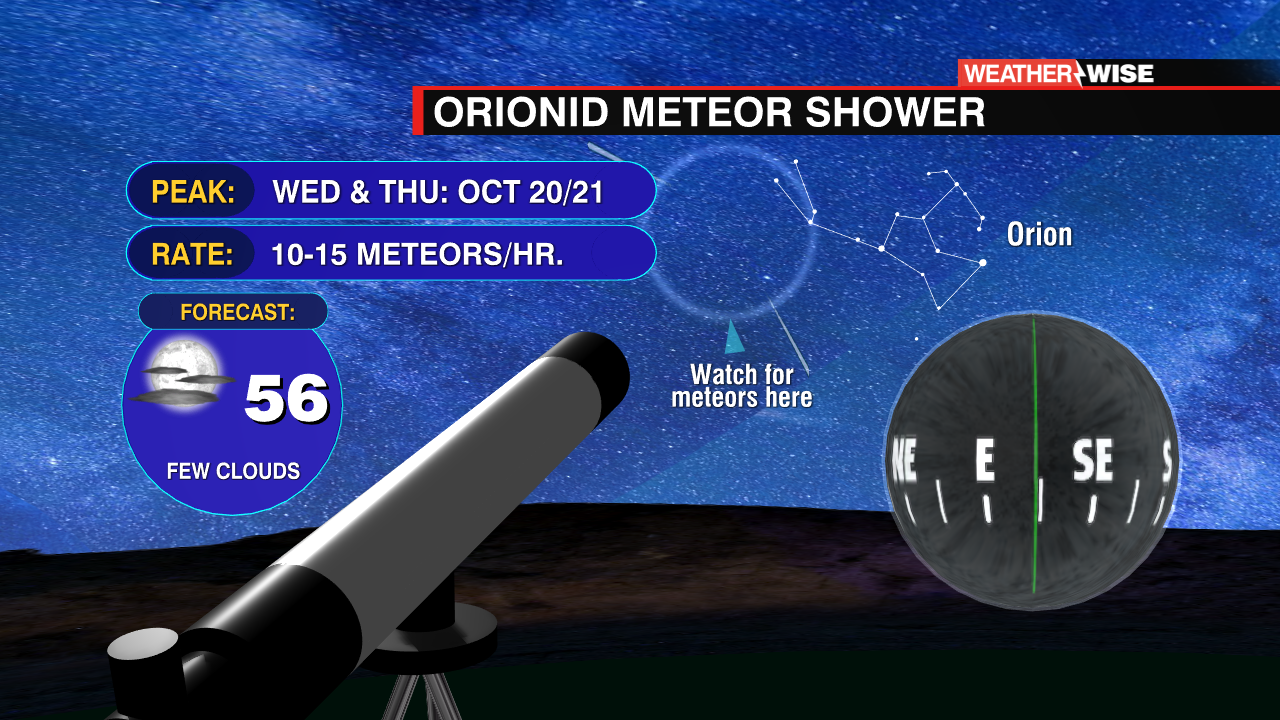 As you’ve probably noticed by the dinner plate in the sky, a full moon is on the agenda for this Wednesday evening. Known as the Hunter’s Moon, the event typically occurs in mid-to-late October into early November. Look for the moon to rise in the east-northeast horizon shortly before 7 PM. By 8 PM, you should be a big, beautiful yellow-orange moon as it escapes the horizon. Moonset comes shortly after sunrise Thursday morning, meaning we’ll have it all to itself tonight. 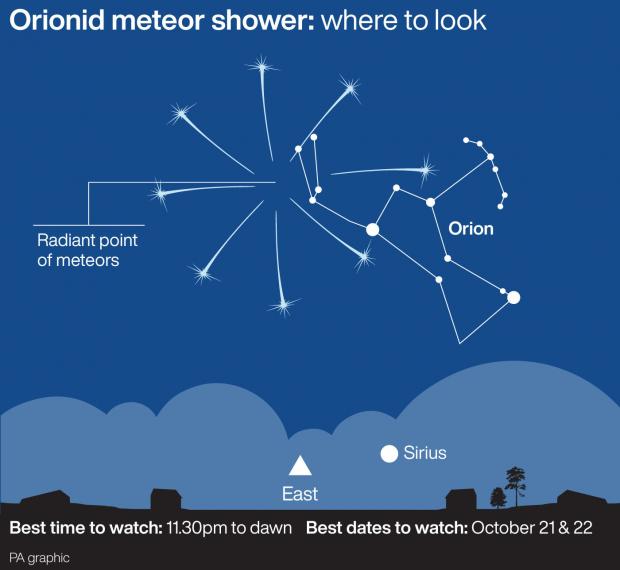 Besides fall colors, that’s not the only thing that peaks tonight. The Orionid meteor shower, which is fall’s most prolific celestial event, will crescendo late Wednesday night into Thursday morning. The shower happens when Earth glides through debris left over from Halley’s Comet. While the famous comet won’t visit our planet again until 2061, we will be able to see pieces of its legacy tonight.

On average, the Orionid meteor shower flashes upwards of 40 meteors per hour. However, the Hunter’s Moon may temper expectations tonight. Due to the light of the full moon, viewers in the Carolinas should expect a rate of 10-15 per hour. Look to the east-southeastern sky 10-20 degrees above the horizon as the shower peaks at 2 AM Thursday. 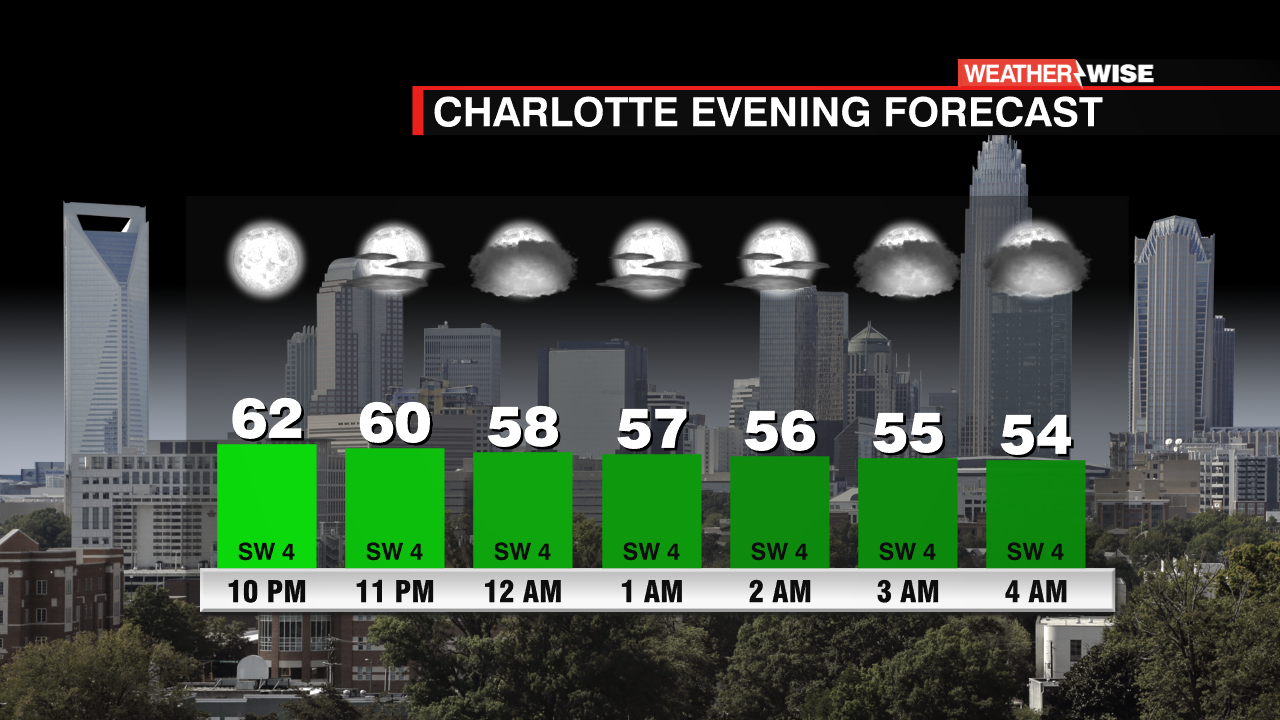 While the full moon may dampen the peak of the meteor shower tonight, don’t expect many weather-related problems. Expect mostly clear skies through the first half of the evening. While a few locations may see scattered cloud coverage later on in the night, most will have a largely unobstructed view through the 2 AM peak. The best chance for clouds lies in the High Country. Lows will bottom out across the board in the 40s and lower 50s. Be sure to send in any pictures to our Facebook and Twitter pages! CHARLOTTE, N.C. — A community leader, advocate for wellness, and physician in Charlotte died Wednesday after battling a brain tumor and kidney cancer, according to Novant Health. Novant Health issued GASTONIA, N.C. — Dominion Energy employees in Gastonia delivered toys and food boxes filled with ham, potatoes, vegetables, and other staples to over 150 local families in need on Thursday.