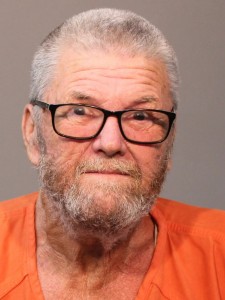 CHARLOTTE, N.C. — A 71-year-old man has been arrested in South Carolina after being accused of indecent exposure involving a minor in the Myers Park area of south Charlotte, according to police.

After receiving reports of a man driving a Chevrolet Equinox and making inappropriate comments to minors in the Myers Park area, police sparked an investigation. Detectives were able to identify the driver of the Equinox as Ronald McLean Sr. and an investigation was launched into the circumstances surrounding his interactions with the minors.

Detectives gathered evidence to charge McClean with felony indecent exposure and indecent liberties with a child, and warrants were issued for his arrest Tuesday, according to a news release.

McLean was located and arrested on the warrants in Rock Hill, South Carolina. CHARLOTTE, NC. — Sereniti Simpson is a former varsity volleyball player at Olympic High School. She says she’s being punished for standing up for what she believes in. “We were CONCORD, N.C. – Another missing woman from our area to tell you about. 27-year-old Jordan Smith hasn’t been seen since April. After WCCB asked the Concord Police about her disappearance