Detectives have charged a 19-year-old man with attempted murder after he stabbed his 66-year-old father inside their Gastonia home on Thursday.

Carrington Byrd, 19, is charged with attempted murder and assault with a deadly weapon with intent to kill in this case, according to a news release. 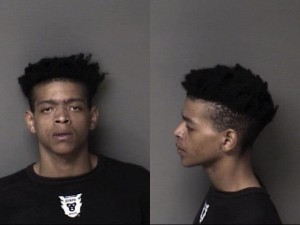 Police arrested Byrd after a two-hour long standoff with officers.

Byrd is now being held in the Gaston County Jail without bond, according to a news release.

Detectives continue to investigate a motive for the stabbing.

GASTONIA, N.C. — The Gastonia Police Department is investigating a stabbing that left one man with life-threatening injuries on Thursday.

Police say they received a 911 call around 9 a.m. from a neighbor claiming there was a man in the yard screaming that he had been stabbed.

When officers arrived at the home on N. York Street, they located the stabbing victim and took them to a local hospital to be treated for life-threatening injuries

Police say after a standoff, the suspect was located hiding inside the home where the stabbing had occurred.

Update to stabbing on N.York St:

Suspect located hiding inside residence where stabbing occurred and is in custody.

No injuries to suspect or officers.

Suspect and victim believes to have been known to each other. pic.twitter.com/HKN5oJpxiV

No one was injured during this incident, according to a news release.

Police believe the suspect and victim know each other. Despite the sunshine on the way, temperatures remain below average to kick off November. Ghostly gray skies have plagued the forecast for the past several days, but sunshine roars back