Shelby Community Pitches In To Help Man Paralyzed From Fall

SHELBY, NC – An active travel loving family is learning to adjust to a new normal after the father was paralyzed from a fall.

Travis Hoyle, the 43 year old Shelby father of two is now paralyzed after a fall on October 14th.

“Really overwhelmed by all the support,” said Hoyle.

Hoyle is known to help his friends and neighbors whenever they’re in need. On October 14th, he was helping a friend build a deck when he somehow fell more than 15 feet. 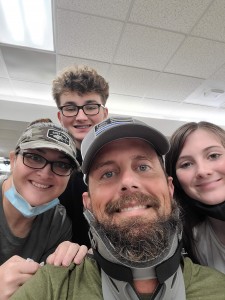 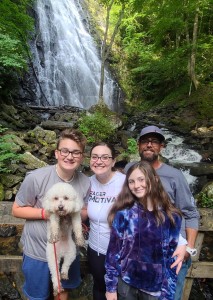 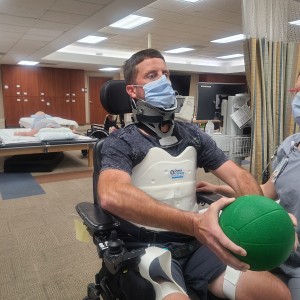 Travis broke two vertebrae and suffered a spinal cord injury. He lost feeling in his legs.

Staci and her husband’s world was changed forever. They’ve spent weeks in a rehabilitation facility.

“It’s just amazing to see people come together. It’s humbling to receive that kind of care and support,” said Staci.

And Travis’s care for his neighbors is coming full circle.

“Just blessed to have the opportunity to help this family,” said David Brown with the Shelby Mission Camp.

He and others helped build an extensive wheelchair ramp outside the family’s home just days after the fall.

“It’s going to make it a lot easier to get Travis in and out of the house in his wheelchair,” said Brown.

People have donated more than 10,000 dollars to help with Travis’ recovery.

“It’s hard to really put into words the gratitude,” said Staci with tears swelling in her eyes.

Thankful for the support, Travis says he’ll  be out of rehab soon and ready for more adventures.

“If I want to take a trip, I’ll go. I’ll just be in a wheelchair and make the best of it,” said Travis.

The Hoyles say their faith and members of their community church have helped them immensely during this difficult time. PAGELAND, S.C. — Deputies with the Chesterfield County Sheriff’s Office have opened an investigation to find the person or persons responsible for shooting several goats and chickens on the property It’s not the news…It’s the Snark Report with Derek James! CHARLOTTE, N.C. – On “Married at First Sight,” a jerky husband needs visuals reminders to be nice and normal around