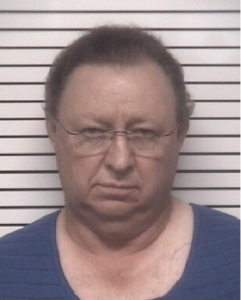 STATESVILLE, N.C. — A 64-year-old Statesville man is facing 30 counts of felony charges for sexual exploitation of a minor, according to Iredell County Sheriff’s Office.

The sheriff’s office received 30 arrest warrants for Tony Bunton on Oct. 1 after pictures, and videos of child pornography were discovered to have been downloaded onto computers owned by Bunton. The computers were seized by detectives from his Eufola Road residence on Aug. 30 when Bunton was originally arrested, and a search warrant for child pornography was executed at his home.

The sheriff’s office received a cyber-tip from the North Carolina State Bureau of Investigation regarding a suspect in Iredell County being in possession of child pornography.

Bunton was located at the home during the search and taken into custody. He was then to the Iredell County Detention Center where he was charged with four counts of felony third degree sexual exploitation of a minor, according to deputies.

Deputies said Bunton was out of custody on bond when he was again at his home on Oct. 1 in connection to the 30 new felony arrest warrants. CHARLOTTE, N.C. — Chick-Fil-A presented the YMCA of Greater Charlotte with a donation of over $40,000 to support the Y Readers program on Monday. Through Chick-Fil-A’s Care For Our Kids Check out the Gaston County mugshots from Friday, September 24th. All are presumed innocent until proven guilty. Source link