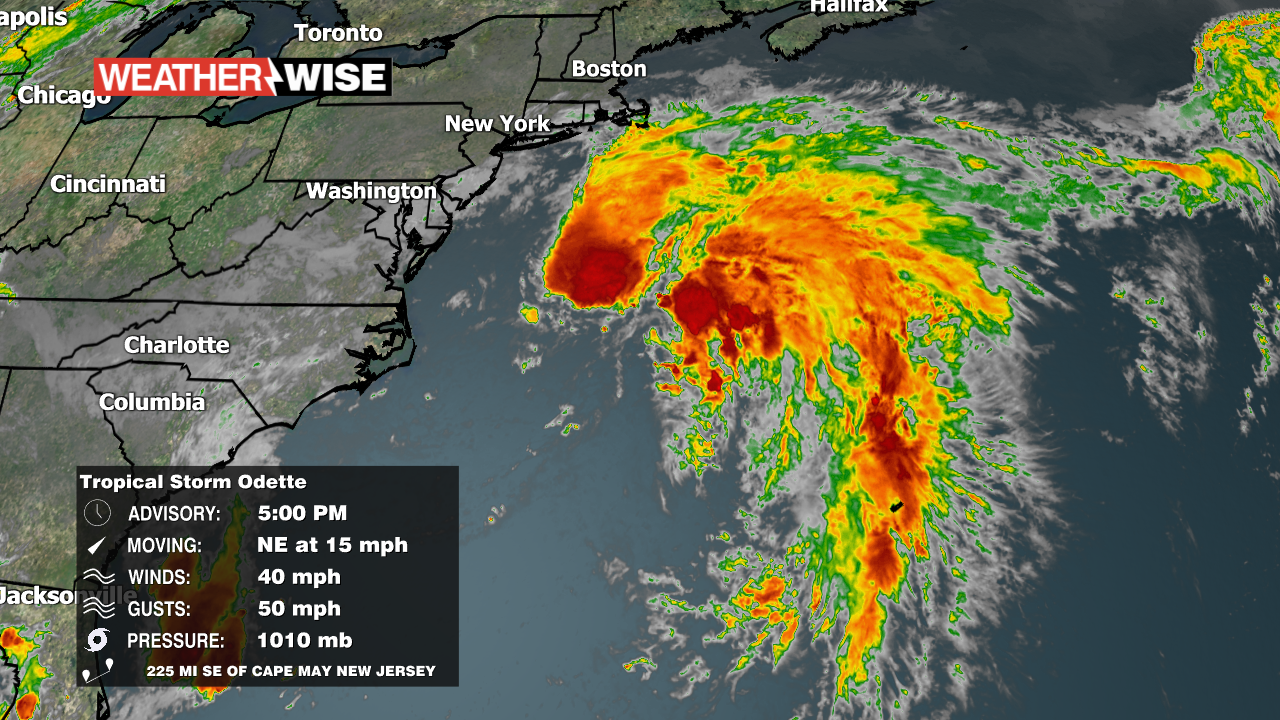 CHARLOTTE, N.C. — The 15th named storm of the 2021 Atlantic Hurricane Season has formed. Tropical Storm Odette has just been minted by the National Hurricane Center (NHC) as of 5 PM Friday. Located roughly 200 miles east of the Chesapeake Bay, Odette currently possesses winds of upwards of 40 mph. While rip currents could be an issue for the Mid-Atlantic coast, Odette won’t pose many problems for the U.S. mainland. 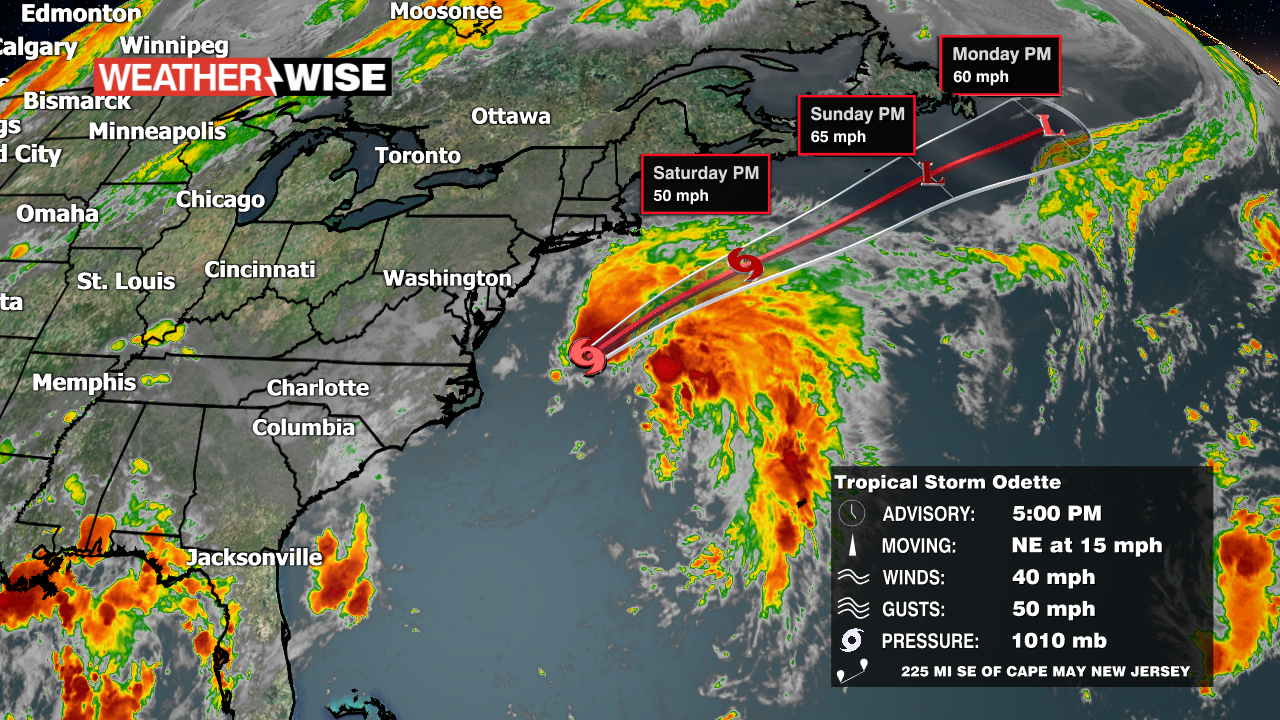 Odette will cruise northeastward over the next several days, which should take it well away from the Carolinas. That said, the fledgling system will strengthen through the weekend before transitioning into an extratropical system by Monday. Rain and wind will likely impact Atlantic Canada and Greenland, but overall impacts should remain minor. Odette will fizzle out by midweek. 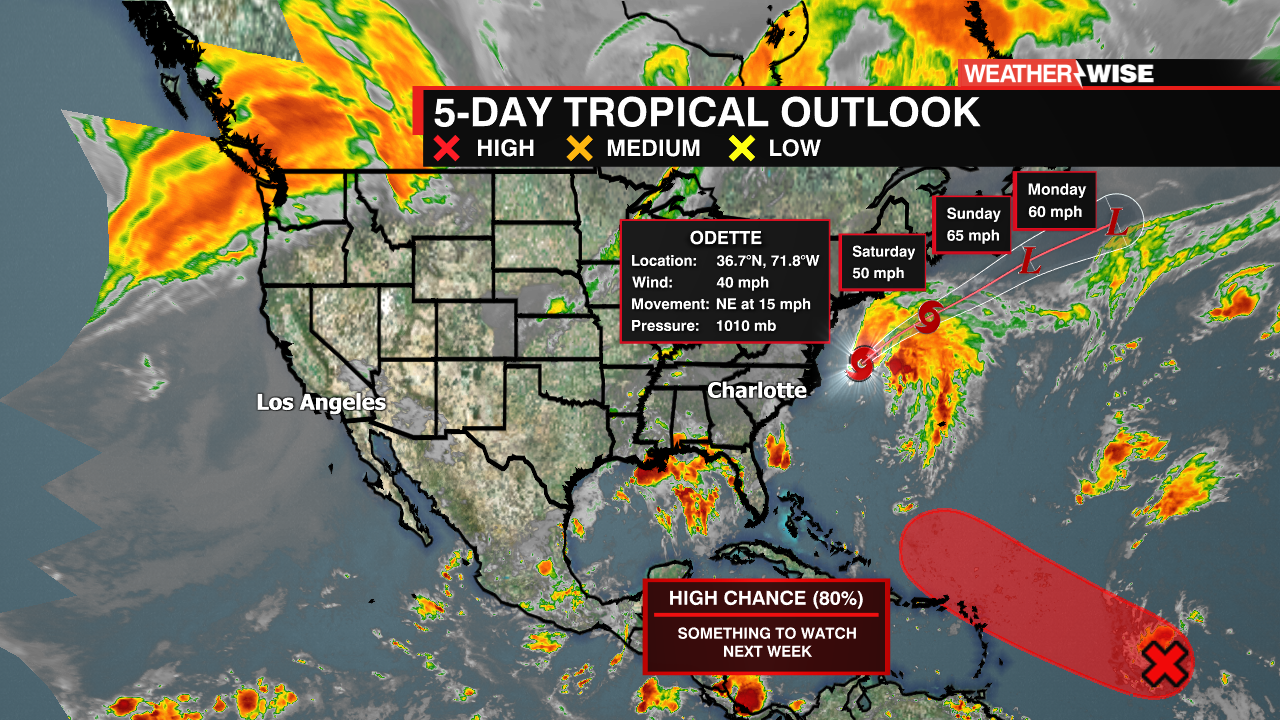 Even though Odette almost certainly won’t be a big deal for the Carolinas, we’ll need to stay wary of the tropics. The NHC is watching a separate area of low pressure that will likely become Tropical Storm Peter over the coming days. It’s still too early for specifics, but models put future Peter north of the Caribbean Sea by early next week. We’ll need to watch this system carefully, as it could come a lot closer to the Carolinas than Odette will. We’ll keep you posted. Black Friday: 3 Tips To Maximize Your Shopping Experience CHARLOTTE, NC– It’s the most wonderful time of the year! There’s lights outside, trees are up, and the sound of Christmas